A new event space-cafe recently opened in an old train station at the far end of the 18th. Inside La Récyclerie, you can use a free tool room to repair appliances and bicycles, listen to live music, buy wine by the glass or bottle from bulk wine tanks, or eat gluten-free baked goods. At the back an outdoor cafe borders lushly overgrown train rails. The only thing missing is a feminist bookstore. 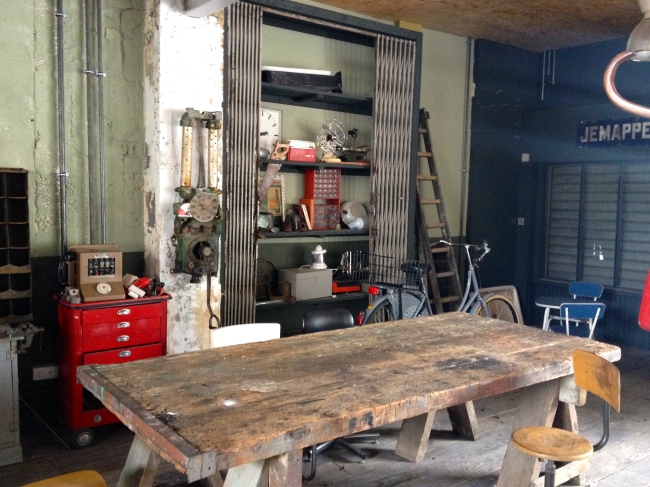 The rails form part of the Petite Ceinture of tracks that encircle Paris and were in use until the 1930s when the popular underground Metro system rendered them obsolete. Although the rails are typically off-limits, many people explore them and the long, dark, and I’m told, scary tunnels. But some areas are finding new use. In the 20th, one of the stations is now a music club, La Flèche d’Or. And a few weeks ago a dance party was held on the rails in the 18th.

Pierre Folk photos on This is Colossal