Just off a street of bars and hardware stores, this quiet cobblestone path feels like a secret discovery. It’s home to metal workshops, artisans, design studios, and families. And magical items: tropical blue elephants, a plant that could gobble up a large human, a lush fig tree, and a mysterious wood-working studio.

The street invites an active imagination, but the sign warns against “quêteurs” (seekers) so don’t get too carried away.

The elephants could be a playful, colorful echo of the massive, imposing monument Napoleon had planned to build at the Bastille — an elephant  with a viewing platform on top and a guard’s house in one of his legs. The full-size model, made of wood and plaster, stood at the site for decades longer than intended, slowly shedding its skin and attracting dirt and rats until the city demolished it in 1846. 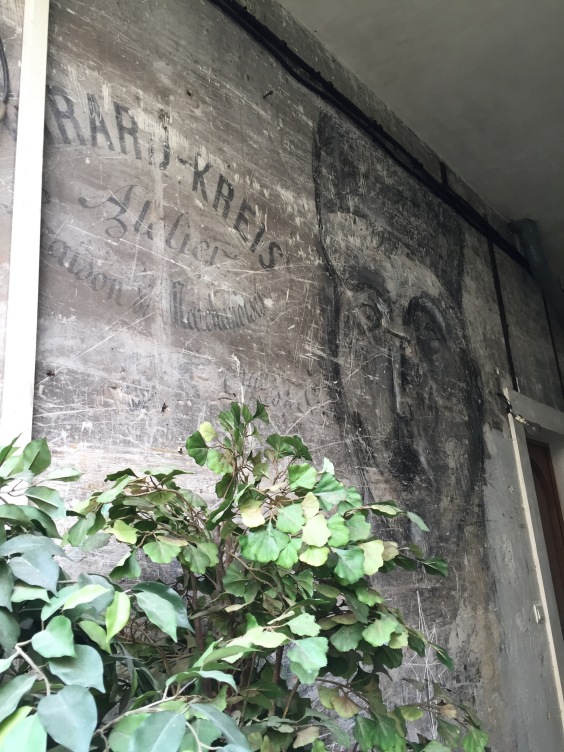 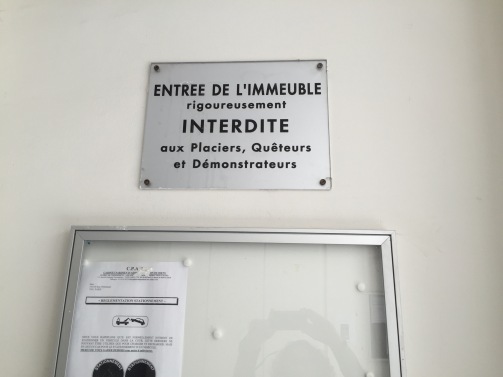 Thank you Wikipedia and Paris Douce for background on the Cité and Napoleon’s elephant.